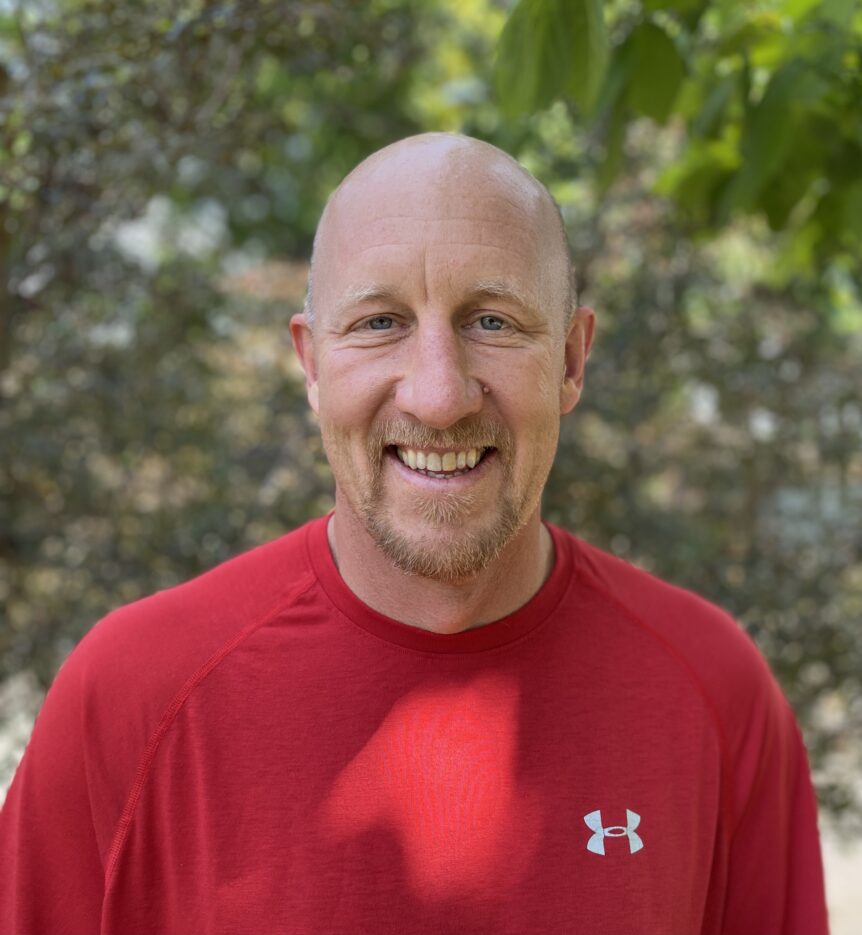 From a Fathers Perspective

I am a father of three boys and like their personalities, they have several differences. They connect to people differently, have different learning styles, play different sports, and have different routes for solving problems and reaching their goals. My oldest, Gabe, is the quiet one. He connects with people one-on-one but is shy in large groups. Over time, we discovered he was on the spectrum and began one on one therapy. Though this helped, it became more and more difficult for him to be invested in school due to the poor social environment. He did well academically, but it was a time of high stress and he mostly hung out in the classroom of his favorite teacher. He would return from school exhausted trying to navigate the complex social network permeating the high school hallways and classrooms. He carried all his books in his backpack so he wouldn’t have to go to his locker, he always studied alone, and rarely ate with people.

I knew he needed a change but the one thing he loves above everything is playing baseball and it’s the only area he thrived socially with his classmates. How could I change his high school experience and not remove him from the teammates he connected to on the ballfield? One day, he came home from our neighbor’s house, he had been talking to Tom Pike of Jump Education and asked if he could try attending Rogue Community College (RCC) with Jump Education being our Early College guide.

I was against it for two reasons:

Consulting with Jump Education to Discover a New Path

Tom’s a favorite person in the neighborhood for many reasons. He has an exciting life and a calmness about him that translates easily into any conversation, he has an excellent sense of humor, and he is an extraordinary listener. We sat on his porch and discussed what Gabe’s options were and why I was hesitant. As we spoke my first worry was quickly resolved because I found out that Gabe could still play on the high school baseball team. Just because a teen is taking their classes at a community college they are still typically allowed to play sports on the high school teams.

Tom suggested that Gabe might be better met socially in the community college environment since the community college typically has students of all ages and there aren’t ‘in groups’ and ‘out groups’ like there are in high school. Most students are non-traditional, some are older and making a career change, some are returning military, some are teens finishing their first two years of college prior to transferring to a University and some are students who chose to earn a GED and are beginning their college education. They come from different backgrounds but support each other in ways that don’t involve a social hierarchy. While some in high school may try to gain attention by distracting a class, at the college level, everyone is there by choice.

Gabe, Tom suggested, would find an improved learning environment and be accepted and supported in ways that he had never experienced in traditional high school. Teens usually find a warm welcome when they are in a Community College classroom and are congratulated for being in college already. There is a feeling of ‘we are all in this together’ in Community College and students enjoy supporting each other.

Every nontraditional decision takes a bit of time to make. First, I had to speak with Gabe’s mother, this helped me contemplate the decision myself as I explained the benefits of allowing Gabe to attend Rogue Community College. I talked with her parents and my own parents. Older family members often help with the upbringing of a child and with Gabe, this is no exception. Nontraditional decisions can feel like experiments and no one wants to feel their child is a guinea pig. But as we spoke to the counselors and to Tom, we felt more secure. Tom has a connection to Rogue Community College since he has worked there for over 10 years and is familiar with the school and has insight not often available to those simply perusing the website. Tom steered us in the right classes for Gabe and which professors might fit best. His knowledge was invaluable and helped us feel Gabe was in good hands as he began his course work.

Experiencing the Benefits of Early College

The positive impact of going to RCC was immediate. Gabe enjoyed the classes and as I watched him flourish, I stepped back and let the child who was worn down by the traditional high school experience, begin to grow again. When he sat with his grandparents, he spoke of how much he liked school and he loved to drop the fact, “I’m going to college” when my friends asked how he was doing.

He has a schedule that doesn’t fill his days with lunch periods or study halls. He has classes that are engaging and professors with lots of experience in helping non-traditional students flourish. Lectures are recorded and he can return to them for clarification. For many of his classes, he can choose between online or on-campus. Since many students have part-time jobs while attending Community College the classes are offered at times all through the day and even into the evening. Gabe was no longer constrained to sit in high school classes Monday through Friday from 8 a.m.-3 p.m. A full-time student in Community College only attends classes about 12 hours a week. This allowed him to create healthier sleeping habits. Teens often need extra sleep and when Gabe returns from a road game late on a school night, he has the benefit of knowing he doesn’t have to wake up early to get to high school at 8 a.m. I cannot emphasize enough the importance of a good night’s sleep for a teenager.

He is healthier, happier, and more present as a person. He doesn’t need the sugar highs of late night studying in his diet, he doesn’t have the added stress of studying for a biology final late and still having to wake early to attend homeroom at eight, regardless of the tests he has that day.

His new independence has created a more responsible child enhancing his self-esteem. On the field, Gabe has also done well. His schedule gives him a certain autonomy allowing him to schedule sessions with a personal trainer during the day. While many off-season workouts are crammed in the before or after school hours, Gabe can schedule during the open hours of the day and receive better training. Gabe is flourishing on the ball field and beginning to find interest from colleges for both his academic and athletic abilities.

Socially Gabe has transformed. Away from the high school campus, he is able to have more time to reflect and be more present during his time with peers, he’s able to cherish them more because they come less frequently, and he also has the benefit of choosing who he can associate with during his free time. Many of his peers admire him for pursuing an academic career at the community college instead of on the high school campus and the added time and space gives him an opportunity to be by himself providing important time for him to re-energize.

I know it is important to give your child space so they are able to develop in ways a parent cannot imagine. I understand the path we imagine our child takes can change at times. What I didn’t understand was how different and how fast they develop when they are able to choose their own goals and routes of getting there. For Gabe, the Early College opportunity and with Jump Education being our Early College guide which he decided to pursue, has made him happier and more fulfilled.

In a strange way, the parent-child dynamic has changed because Gabe knows we have entrusted him with choices and decisions not offered to many of his peers. He appreciates our trust and opens up to us about his life more than when he was in a traditional school environment. He shares his work with us before turning it in, he asks our opinions about subjects being discussed in class, and he grants access into his life like never before.

Gabe pitched a great game two nights ago. He was unhittable. I was proud of him as each inning passed and he remained unhittable. Finally, they took him off the mound with a nine-run lead late in the game.

He came out of the dugout between innings, walked up to me while people from the stands complimented him. I thought he was going to ask for water, a snack, or money for after the game, “Thanks Dad,” he said and gave me a hug. Then he turned and went back to his team getting ready to bat. It was a moment I hope to never forget.